Friends’ Central hosted a career day this year on Friday, May 5th, during which many alumni came back to discuss their current careers with students in the Upper School. One of the Friends’ Central graduates who came during this day was Jim Rutenberg, class of 1987. Jim is currently a media columnist for the New York Times and has written over 2,300 articles as a columnist and correspondent for the the paper, mainly covering politics and the influence media has on it. On career day, The FOCUS staff sat down with Jim to discuss his highschool years, how he became interested in journalism, and how he became a writer for the NY Times. 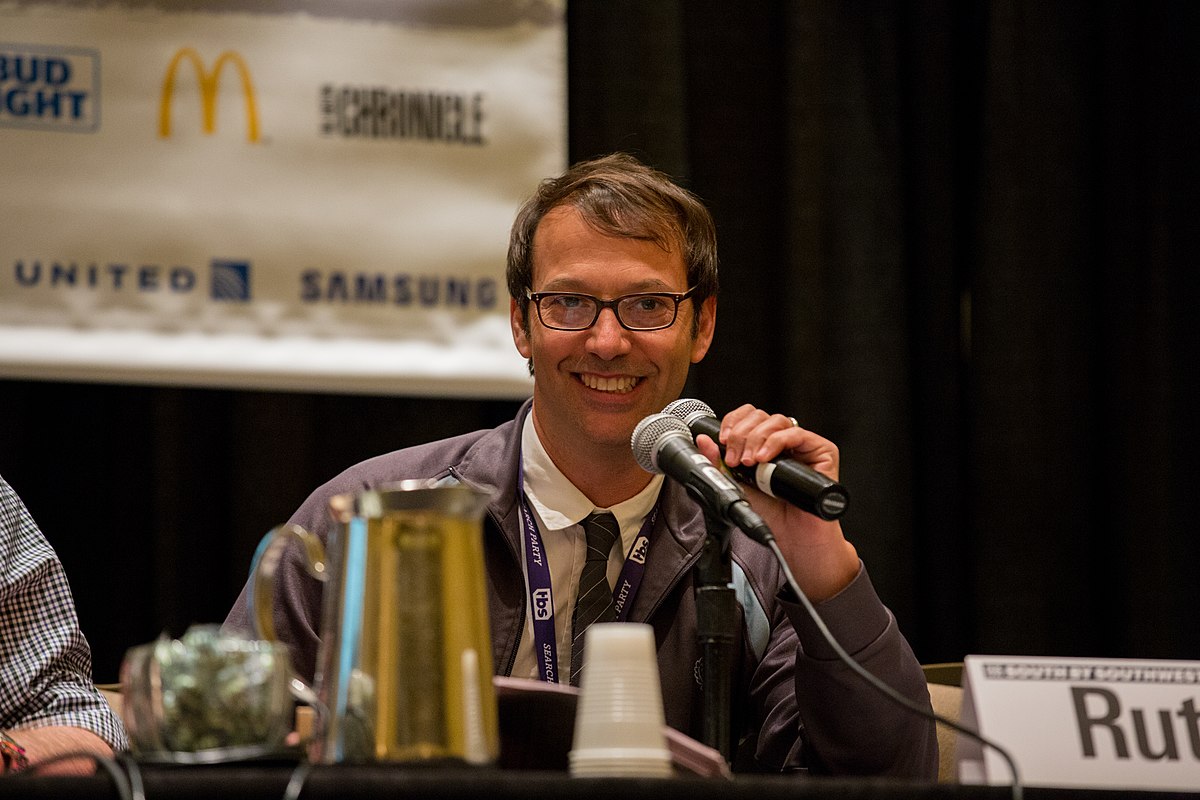 During our talk, Jim talked about what Friends’ Central was like when he was in the Upper School, noting how different the rules were. He had been asked to leave multiple times because he was dressed too casually, showing how much more lax our dress code is now. He told us jokingly, “If I’d shown up to school dressed like all of you are, I would have been kicked-out.” Besides talking about how Friends’ Central has changed, he told us about his very first foray into journalism, telling us that he only wrote for Focus once or twice during his time at FCS, but remembered creating his own publication during his highschool years. He could not remember its exact name of his publication, but believed it was something like “The Underground” and that investigative journalism, which allowed him to “dig up dirt” on something, was what he based the publication on. However, Jim and his friends only made two issues of the publication before they lost interest.

Jim also recounted his initial start as a professional journalist. He told us that he never ended up graduating college, nor did he go to a journalism school. He explained that, after moving to New York City, he became interested in becoming a journalist, but found few opportunities. He gave us a piece of advice: that potential employers really look at the past work of an individual, and won’t hire someone if they haven’t written enough in the past. Jim needed more written work. While in a bar, a bunch of New York Times journalists who had been kicked out of the bar next-door for being too drunk, came in and Jim took the opportunity to ask them for advice. They pointed him towards a free newspaper where he wouldn’t get paid, but would be able to build a portfolio of articles that would make him more hireable. In 1993 Jim was hired by the New York Daily News, which was and still is a popular tabloid style magazine. He wrote as a gossip stringer, telling us that it really wasn’t his forte but that he needed a job. Jim had to go to parties and events to get the latest news about celebrities, but the large social events weren’t his speed. However, he learned how important it was to get the latest news on someone or something published first, even if it wasn’t as well researched or polished. He had a few important breakthrough stories at the New York Daily News both as a gossip stringer, and later as a general assignment reporter and was Jim was eventually hired by the New York Times in 2000, only one year after he began work at The New York Observer.

After just starting to work for the New York Times, Jim only covered local politics. As he began to write more and more about politics and their place in the media, his articles became more media-centric and he was named media columnist last year. When asked if there was anything he would change about his current position, he told us that working as a columnist means that you need to publish consistent articles every week, meaning that there is less or no time to work on large investigative projects. He misses the times when he could “disappear” for two months while investigating for an article before suddenly bursting onto the scene again with something no other paper had. He also told us that he is currently working on investigative piece about Russia’s state media and its influence in the United States. He has been traveling to Russia to speak with the person incharge of the largest media outlet there, expressing how he wished he had the time to work on more projects like that one. However, he told us that he overall enjoys his current position, finding it a good challenge to produce articles on a weekly basis. We asked him for advice on what to do when we have trouble writing. He told us that when you’re having trouble finding something to write or don’t know how to start, that you just need to write, and not to overthink it, to find something that interests you, and to just start and to see where it goes.

The Focus team found Jim and his story to be quite inspiring. Simply starting out as someone who aspired to work for a paper like the New York Times but had no connections or many articles, and yet, through hard work and perseverance, was able to attain a great position and a fulfilling job. His story becomes even more impressive considering he never finished college. Hopefully, Jim’s story is able to inspire many aspiring journalists and give others hope that, much like Jim’s, as long as they are dedicated and work hard, their dreams too will come true.